The war between the loyalists and the rebels within the TEC, Advent and Vasari continues within the depths of Trader Space.

MAKE USE OF: 5 Reasons You Should Play Sins Of A Solar Empire: Rebellion®

MAKE USE OF: 5 Reasons You Should Play Sins Of A Solar Empire: Rebellion

Great games, however, are as rare as ever. These games don’t play it safe and provide an experience that is as tightly constructed as it is refreshing. I’ve been playing one such game lately. It’s called Sins of a Solar Empire: Rebellion. And here’s why you should pick it up.

86/100 PC GAMER – “Bigger and more stable than ever, Sins of a Solar Empire: Rebellion will happily strip-mine your life of its free time.”

Sins of a Solar Empire®

GameSpy: What have been some of the biggest criticisms of Rebellion that you’ve seen on your end amongst the Sins community and how are you addressing it? 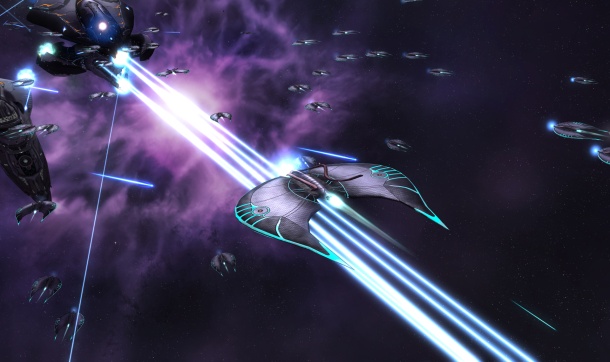 Producer Chris Bray: We’re lucky in that the Sins community is absolutely AMAZING about providing helpful feedback, bug reports, etc. It’s so good you almost forget you’re on the internet. One thing we’ve gotten plenty of feedback on are the new corvette units. They started off cheap to produce, but not very effective. We’ve updated them over the course of the beta to pack a better punch, but also to carry a bit more cost to balance things out. We’re continuing to keep an eye on when and how players are using them over the course of a game.